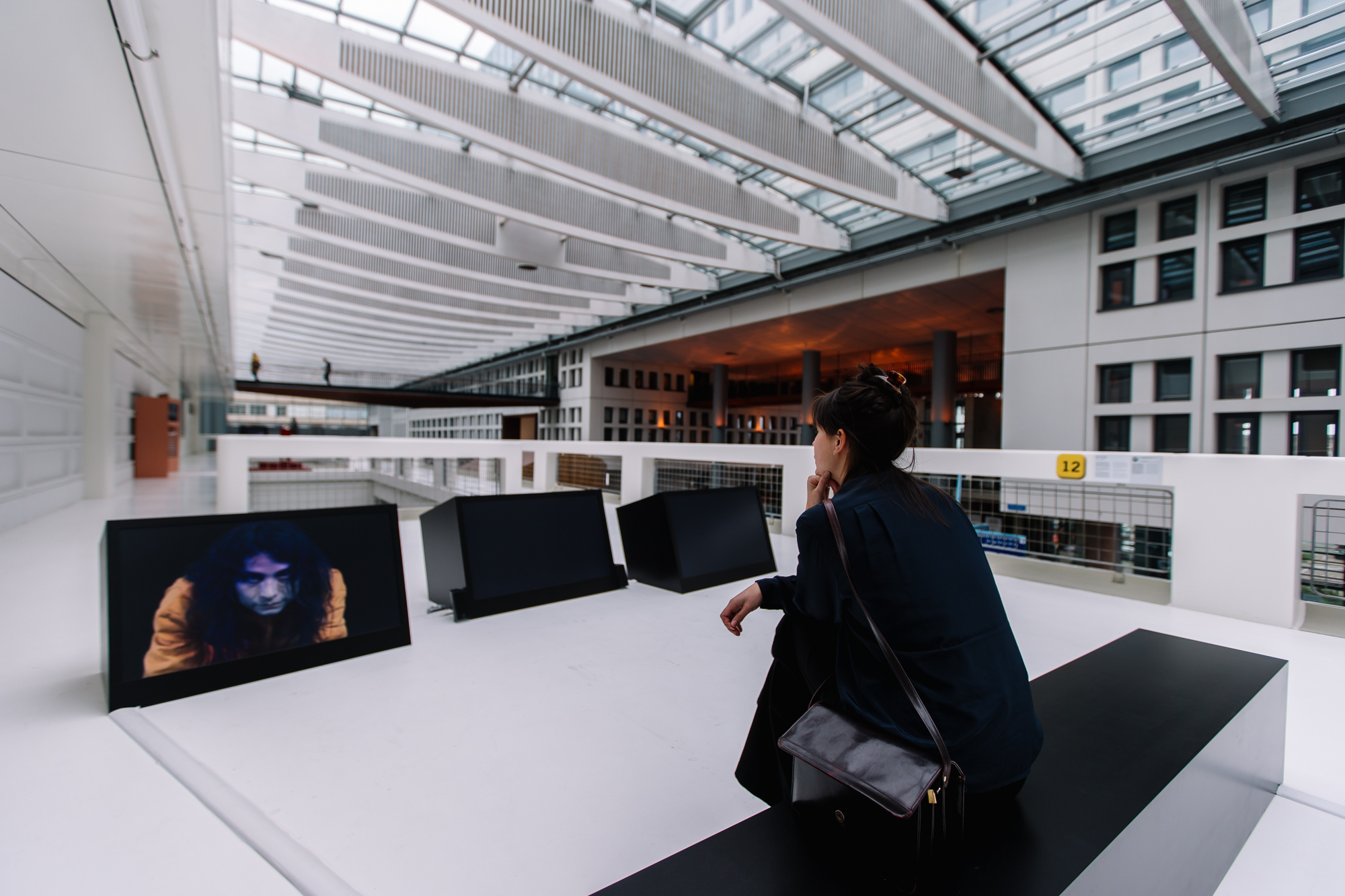 This work is a cinematographic installation about empathy, connectivity, and relationships in the age of digital communication. A single video work which is divided into three ­corresponding channels presents computer-generated ­images depicting today’s reality of human contact. Through direct quotes and poetic fragments, the narratives make reference to seminal works such as The Beauty and the Beast (La Belle et la Bête, Gabrielle-Suzanne Barbot de Villeneuve, 1740), and Lolita (Vladimir Nabokov, 1955).

Other sources that are recognizable in the work are the poem The Sorcerer’s Apprentice (Wolfgang von Goethe, 1797), the onions appearing in the paintings of Paul Cézanne, and the painting The Black Square (Kazimir Malevich, 1915).

The act of storytelling is traditionally a stabilizing force that connects fragments of dialogue and actions in a linear structure. Across these three streams of images and sound, narratives flow into each other as in our contemporary lives, introducing unexpected repetitions, symbols of yearning, promises of contact, and stings of rejection. The result is an amalgamation of images and representations that can lead us to reflect on the ambiguity and circuitousness of our lives.

Marit Shalem, born in Israel in 1971, moved to Berlin in 1989. After graduating from the HdK Berlin in 2000 she moved to Rotterdam. She also works under the name SpOp. Shalem’s work is related to the topic of artistic and ­commercial production, communication and power ­structures; a starting point for initiating sub-projects, ­experimental video works and drawing series. From ­2014–2016 she curated the film program Layers in WORM, Rotterdam. Her recent projects are the ongoing Works on White performances with Badgewearer and she is developing the interactive installation Alterations.

Team
The soundtrack was especially written for the work by the composer Marc Verhoeven.

Head of the Department of  Psychiatry

Our mental health is influenced by deep, evolutionary, partly outdated, emotion-regulating areas of the brain. Over the last millions of years, a rational cortex has grown in and over these areas with which we try to curb emotions, such as fear and aggression. This works only partly because the evolution of our cerebral cortex falls far behind the developments around us. We are therefore not only a ‘slave of our subconscious’, as Freud called it, but also under the control of outdated instruments. By understanding the ensuing relativity of negative emotions, from which we so tremendously suffer, we can try to free ­ourselves from this mental bondage.