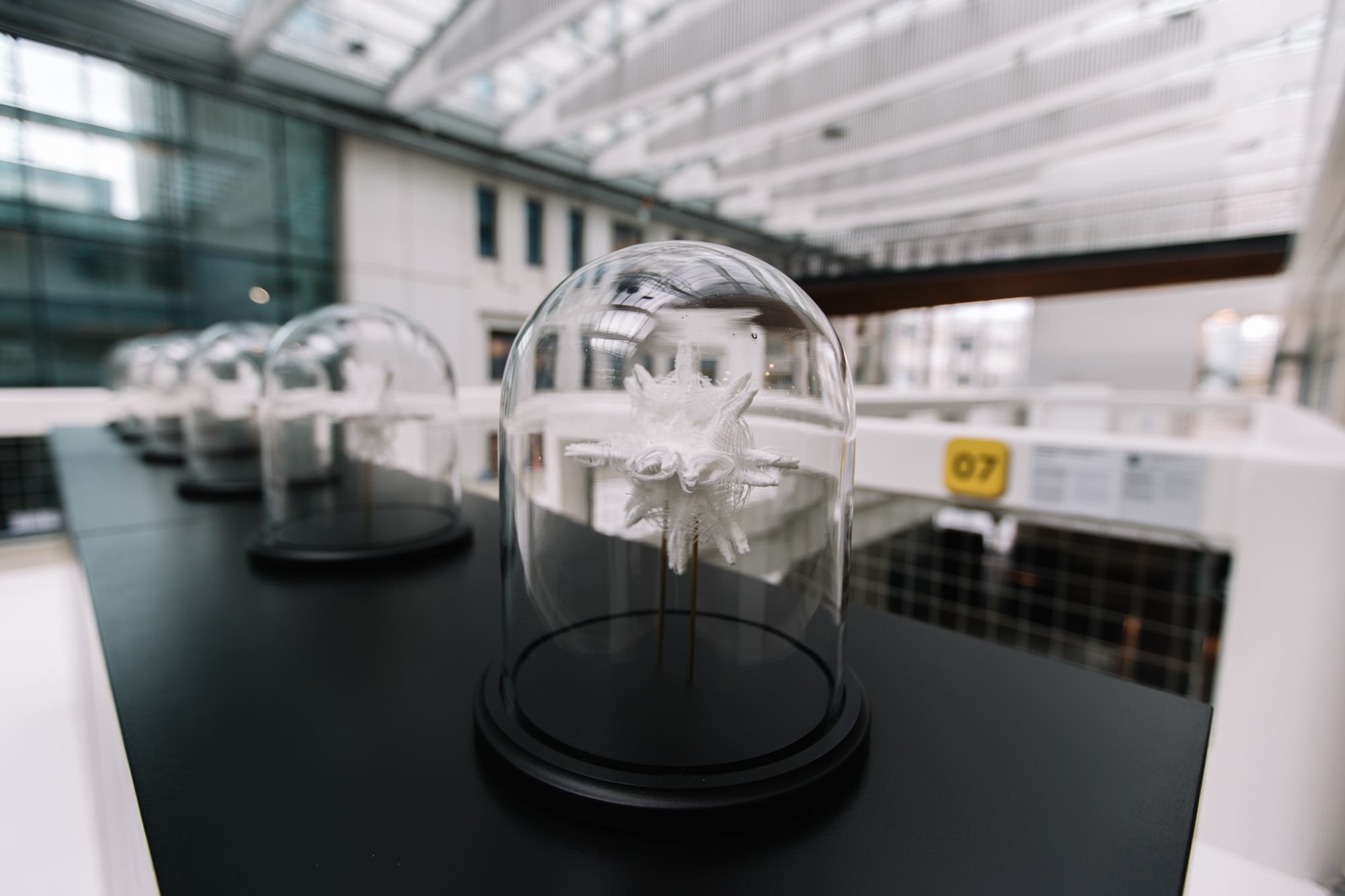 Can we use the remains of extinct species to learn new things about bodily form and function, or to create enhancements to ourselves and the species around us? Can the ­biological echoes from millions of years past tell us something about the possible future? These questions motivate Morphologies of Resurrection, a project grounded in ­research into the first Triceratops to go on exhibition, a 66-million-year-old dinosaur fossil, first presented in 1905.

These sculptures are based on segments of the spine of that Triceratops, which also became the first fossil digitized in 3D, in 1998. These new forms depict hypothetical ­evolutions made via digital modeling, resulting in objects that appear as both specimens and relics, highlighting the possibilities and limitations of biotechnology. The work, made in collaboration with researchers from the Smithsonian, is presented as a series of curious morphologies to be studied and researched, as well as to be contemplated with veneration and caution, as the use of technology can permanently alter evolution, with the smallest change amplified over eons.

Amy Karle is an award-winning artist whose work presents artifacts of a speculative future where digital, physical, and biological systems merge. Leveraging body-based ­investigation, science and technology, she creates artworks that opens future visions of how technology could be utilized to support and enhance humanity. She has shown work in more than 50 international exhibitions.

Imagine the possibility to regenerate a ­large part of your body. Real or unreal? Scientists in the field of regenerative ­medicine are seeking how to manipulate our body’s hidden stem cells to regenerate tissues and maybe, one day, even whole organs. In this new regenerative medicine approach, molecular and cellular biology, biomedicine, material science and tissue engineering converge.

Our research team at Erasmus MC is ­focused on how environment can influence stem cell behavior and eventually ­contribute to regenerate new tissues.