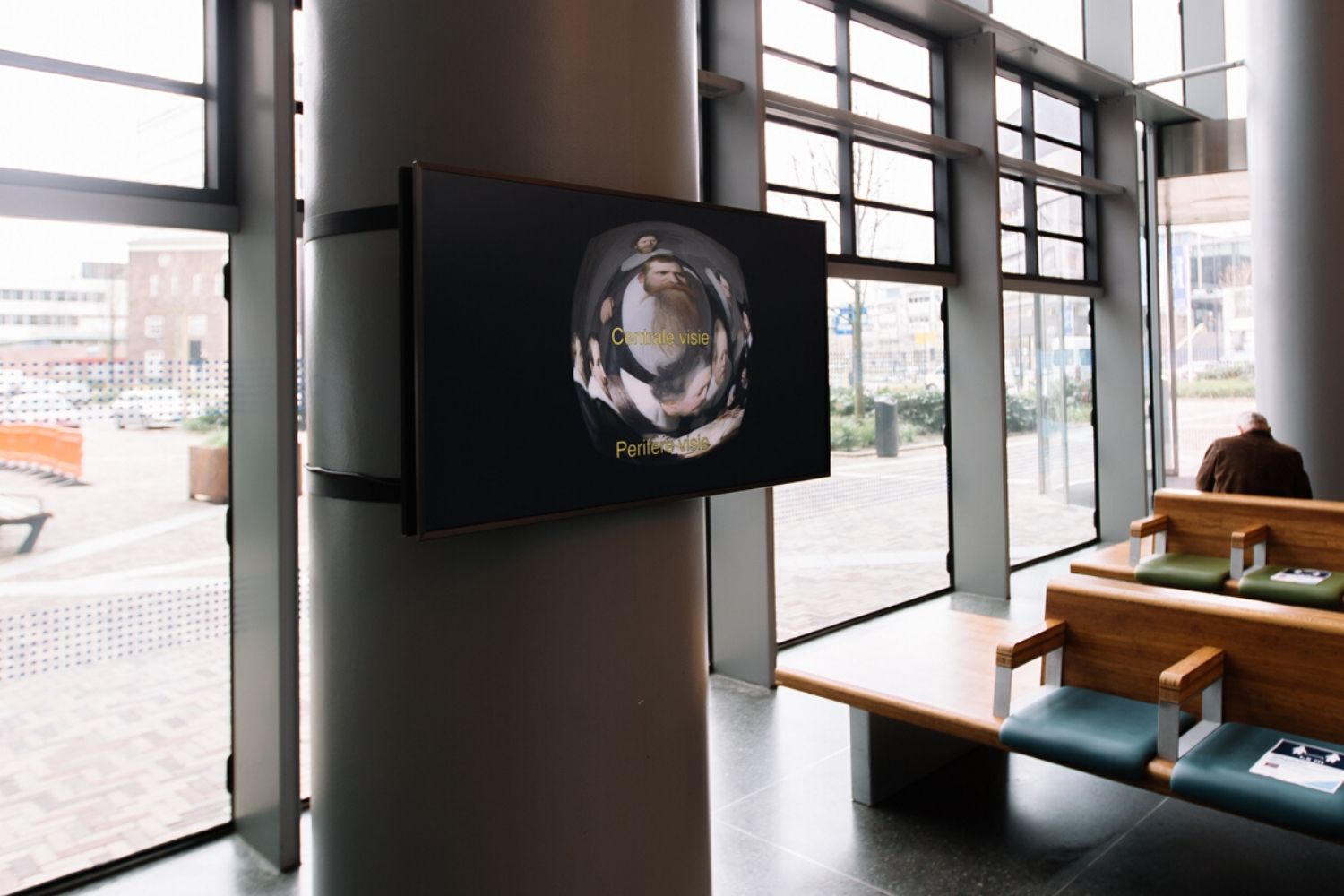 We suppose that the visual world is stable and rich in detail at every visible point, like a painting somehow projected into the brain. But in reality, our eyes and brain capture detail only from a small region of the scene before us, the narrow cone of light that falls on the area of the retina known as the fovea. Outside of this focal area, visual information is present, but with much less acuity. The rich and detailed world we see is thus a construct, built from successive glances, each lasting less than a second.

The Neuroanatomy Lesson illustrates those glances with their focal detail and peripheral vagueness, as a subject scans Rembrandt’s De Anatomieles van Dr. Nicolaes Tulp (1632). From moment to moment, these glimpses seen in the video are the raw materials of vision. Seeing is therefore not at all what it seems: the single, unified world of visual detail we experience is an illusion.

In addition to the direct reference to medical education reaching back to the 17th century, this work links firmly to the approach of European Cubism of the early 20th century, as pioneered by artists such as Picasso and Braque. What they intuited about visual experience and their attempts to deconstruct it in their paintings is echoed here, in pixels set alight by algorithms and data sets.

Dan Lloyd is the Thomas C. Brownell Professor of Philosophy and a Professor of Neuroscience at Trinity College in Connecticut, United States. He is the author and co-editor of Subjective Time: The Philosophy, Psychology, and Neuroscience of Temporality (edited with Valtteri Arstila, 2014); Other works include Radiant Cool: A Novel Theory of Consciousness (2004), a scientific exploration of consciousness presented as noir detective fiction; and Simple Minds (1989), a philosophical examination of mind and brain. He has presented his animations and sonifications of brain activity at conferences, festivals, performances, and galleries around the world.

My research focuses on the identification of genetic causes for high myopia (nearsightedness). This is an eye condition with an elongation of the eye’s axial length, resulting in blurred vision. High myopia is caused by an interplay between genetic factors and environmental factors. By using big data, ophthalmological measurements and genetic data from thousands of individuals, we have been able to pinpoint the major pathways involved in this disease. Despite this progress, the chain of events and the triggers causing high myopia are still largely unknown, and we are unable to predict at risk individuals. Like in this artwork, we might only have seen a sneak peek of the complex causes of this disease.

Sugar: A Cosmology of Whiteness